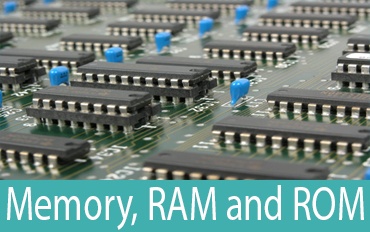 what is computer memory?

Computer Memory is used to store data and instructions. It is a  storage space in the computer system. CPU fetched information from computer memory (RAM) for processing this process is very fast.

It is main memory of computer system. It is called temporary memory  that is if power is off then all the data stored in RAM gets erased for this reason it is also called as  volatile memory.

RAM (Random Access Memory) is an example of Primary Memory. RAM usually hold  data/ instructions. Whenever we work on the computer,in other words we may say that we are working on a RAM there fore it very important to save the data ,once we saved data it gets saved in permanent storage like a hard disk.

Types of RAM Modules :
Memory modules are circuit cards made up of memory chips, and a few other components.

There are two types of SIMM modules :

DIMM is same as SIMMS the only difference is DIMM (Dual In-Line Memory Modules) has two different signal pins on each side.

DDR SDRAM (Double Data Rate SDRAM) :
The next generation of SDRAM is DDR, which has more  bandwidth than  SDRAM this is because it improve memory clock speed to at least 200 MHz.Mostly RAM only transmits data on the rising edge,but DDR SDRAM transferring data on the rising and falling edges of the clock signal which doubling the performance of a chip, it is also know as double pumping.

DDR2 SDRAM(Double Data Rate Two SDRAM) :
DDR2 is double speed faster then  DDR SDRAM. This is because it  improved bus signal. The prefetch buffer of DDR2 is 4 bit(double of DDR SDRAM).

It is easy to differentiate each RAM module by its notch or cut position.

Please Note : Each type of RAM has a cut or a notch on different positions you can see on figure below. 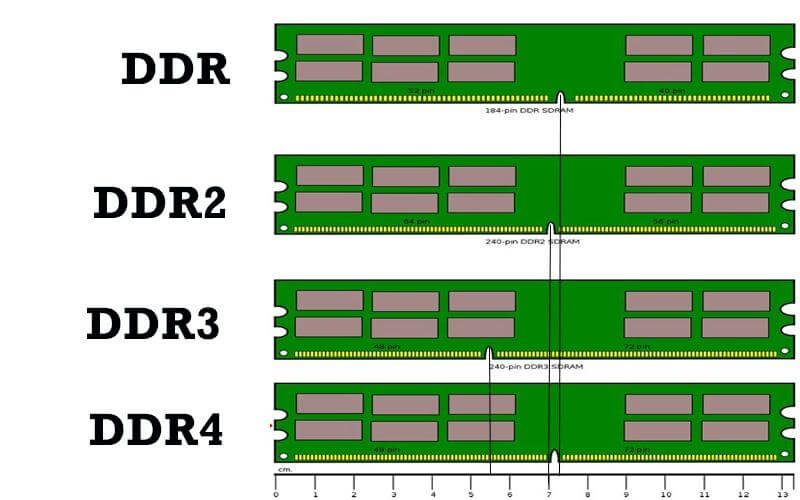 ROM acronym for read-only memory is an example of secondary or non volatile memory .Once data has been written onto a ROM chip, it cannot be removed and can only be read. ROM does not erase it data even when the computer is turned off. ROM is referred to as being nonvolatile. 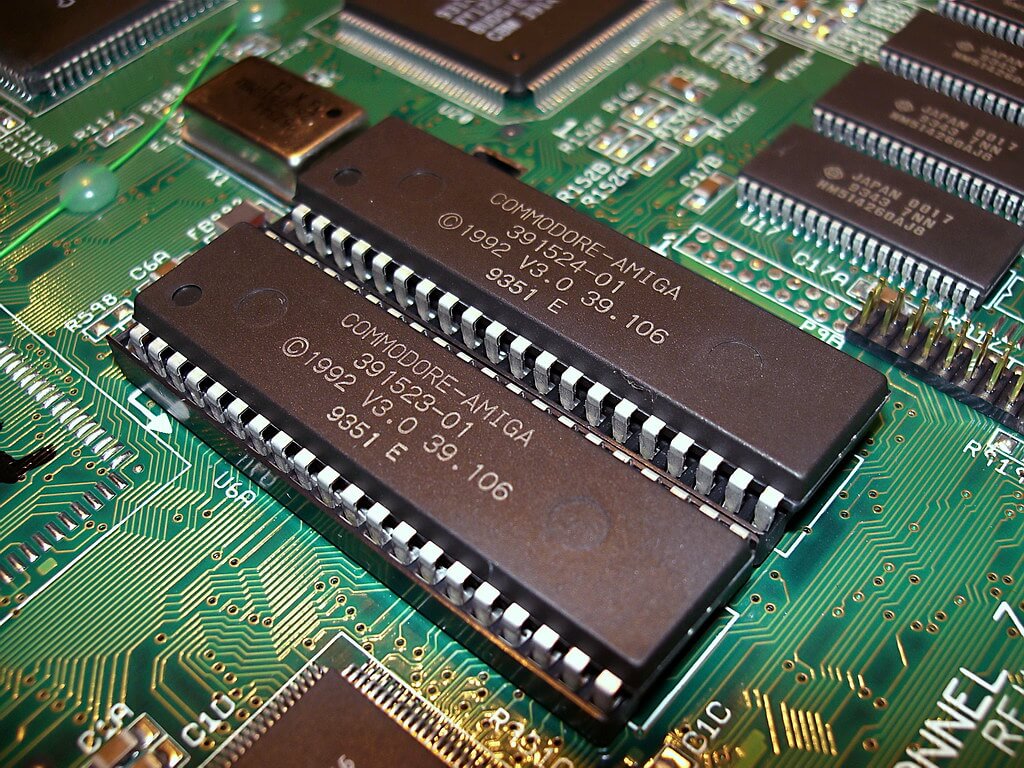 Permanent memory(ROM) is of 4 types.

ROM (Read only memory).
It is mostly impossible to changed the contains of ROM one manufactured. It is the static form of permanent memory. You cannot change the contents once the data has been written to it.

PROM (Programmable Read Only Memory).
The hardware chip that can be programmed once is called PROM. Special Programmable kits are used to program the electronic chips.

EPROM (Erasable Programmable Read Only Memory).
This type of ROM has a small window on its top. If this window is exposed to UV light for a specific period of time, all the previous data is deleted. You can re-program it after the data has been completely removed.

EEPROM (Electrically Erasable Read Only Memory).
This is the most used type of permanent memory. You can easily erase the data with a software program. BIOS on the motherboard is an example of EEPROM.

Memory errors occur when the data is not stored correctly in the RAM chips. The computer
uses different methods to detect and correct data errors in memory.

Different types of error checking are:

Cache memory is a very high speed semiconductor memory which can speed up the CPU. It is buffer between the CPU and the main memory.
It is much faster than main memory, basically it stores the program that can be executed within a short period of time.It has limited capacity also it is very expensive.

The three most common types of cache memory

Cache memory is a very high speed memory placed in between RAM and CPU. Cache
memory increases the speed of processing.

Cache memory is built into the processor, and may also be located next to it on a separate
chip between the CPU and RAM. Cache built into the CPU is faster than separate cache,
running at the speed of the microprocessor itself. However, separate cache is roughly
twice as fast as RAM.

To access the cache memory, CPU does not have to use the motherboard’s system bus for
data transfer.

Registers are very high-speed storage areas located inside the CPU. After CPU gets the
data and instructions from the cache or RAM, the data and instructions are moved to the
registers for processing. Registers are manipulated directly by the control unit of CPU
during instruction execution. That is why registers are often referred to as the CPU’s
working memory. Since CPU uses registers for the processing of data, the number of
registers in a CPU and the size of each register affect the power and speed of a CPU. The
more the number of registers (ten to hundreds) and bigger the size of each register (8 bits
to 64 bits).