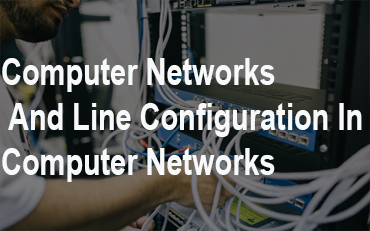 When two or more computers connected together for the purpose of sharing resources is called computer network.Resources can include a printer , file server or data etc.The best example of computer network is Internet.

A network is a group of devices (nodes) connected by media links. A node can be computer, printer or any other device capable of sending and for receiving data generated by other nodes on the network The links that connect the nodes are called communication
channels.

Network use distributed processing, in which a task is divided among many computers. Instead of a single large machine each separate computer handles a subset.In other words, A group of computers and associated peripherals connected by communication channel capable of sharing files and other resources between several users is called Network

Components of a Computer network

1. Servers: Servers are powerful computers that store data or applications and connect to resources that are shared by the users of a network.

2. Clients: These computers are used by the users of the network to access the servers and shared resources
(such as hard disks and printers).

3. Channels: The channel is the pathway over which information travels between the different computers (clients and servers) that comprises the network.

4. Interface devices: These are hardware devices that connect clients and servers (and sometimes other networks) to the channel. Examples include modems and network interface cards.

A peer-to-peer is a network in which two or more nodes can communicate with each other directly, without the need for any intermediary devices.

Each node in a peer-to-peer network can be a client and a server simultaneously. All computers (nodes) in a network are capable of accessing data, software and other network resources directly.
In other words, it is a very small network of 2 to 10 computers for a limited space like small office / institution. In which all the intelligent terminals are used. There is no dedicated file server is used but networking is only for communication or sharing drives, files and printers etc. 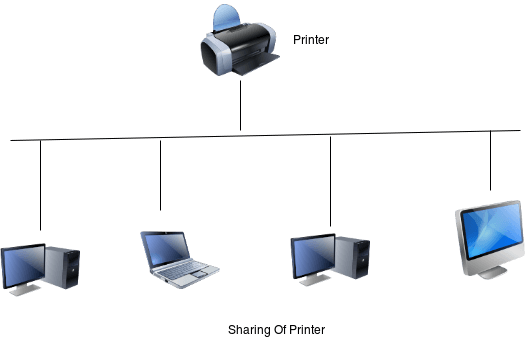 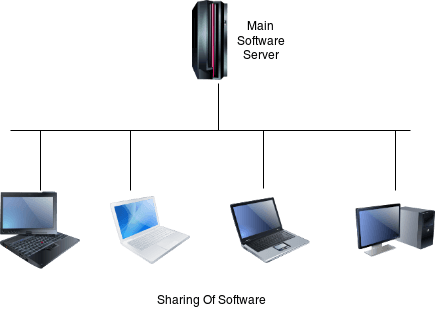 In the network there are two types of terminals are used

(1) SERVER
In networking, any computer which serves its all available facilities to all other computers of a Network (like access of files,
communication, printing etc) is termed as SERVER.
In large networks, a server may run a special network operating system, while in smaller installations, a server may run a personal computer operating system.
Sometimes server. performs a special task so we can categorized in this manner-
(1) Access server
(2) File server
(3) Print server
(4) Communication/Modem Server

(2) CLIENT
A Client may be a PC or a workstation on a network using services provided by the network server.

When two device exchange data  through a transmission medium it is called Data Communication. it is in 0’s and 1’s and medium is wire cable.

There are five different components.

Line configuration in computer network is a connection between two or more communication devices attached to a link.
Link is define as a communication channel from which data transfer from one device to another device.
Example computer, printer etc.

It is dedicated link between two devices. It uses actual wire or cable to connect the two device.

Example :
Connection between remote control and Television for changing the channels 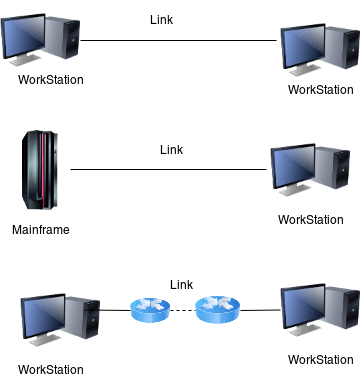 When linking was made in between two or more device then it is called as multipoint connection ,we may also say this as Multi-drop configuration. The network in this connection is called  Broadcast Networks.More than two devices share same link.