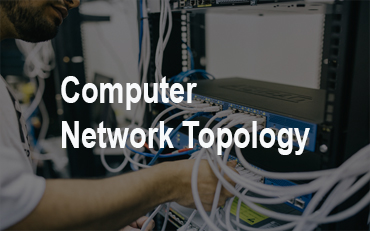 Network topology is the way in which nodes it may be computer router or any devices are connected to a local area network (LAN) or other network through cables (wired) or without cables (wireless).

There are different types of Network topology .

In this topology each  nodes ( may be computer or any network device) is connected with single cable. Only in one direction data is transfer. Ethernet 10Base2 is used for bus topology. Bus topology is used in small networks.The complete network will fail if cable fail.It will decrease the performance if network traffic is heavy .

In this topology every nodes is connected to another nodes and the  last nodes connected to the first nodes which make a completed ring type structure hence it called ring topology.
A signal is passed through the cable until it reaches its destination device.
Ring network works on  token.A token is electronic address of the receiver and it contain short message .
Each NIC card have a unique electronic address, which is its unique identity in the computer network. 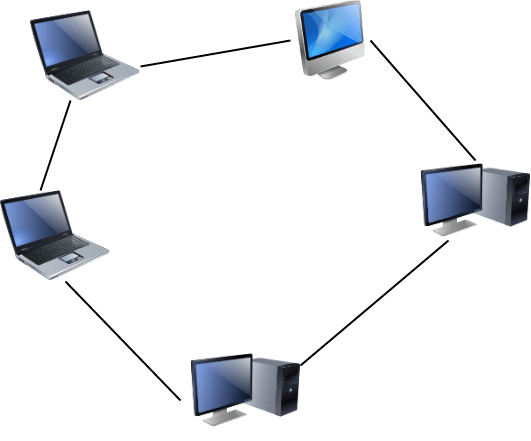 In this type of topology each node connects to a central network device, central device may be switch, computer etc. Its is also called as client server topology, where central or main network device is a server and the peripheral devices which is connected to main server  is a clients.
These central or main server  points are referred to as Hubs.Each node has its own dedicated connection to the hub. Here hub dependency is very high if hub fail the completed network will be down. Complete Network will stop if center device fail as all communication is through central device. 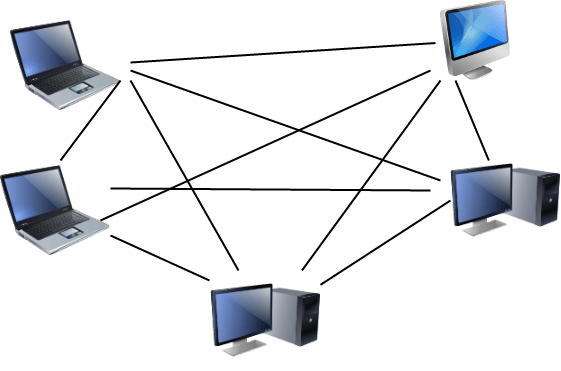 Types of Mesh Topology
1. Partial Mesh Topology : When devices are only connected to two or three devices then it is called as partial mesh topology.

2. Full Mesh Topology : When devices are connected to each other then it is called as full mesh topology.

In This topology system are arranged in top down structure that is the top system is a parent nodes or root node and below the root nodes next level is called as child nodes and son on its look like a tree structure .

In this topology if parent nodes fail will effect complete topology,complete network will be crashes. 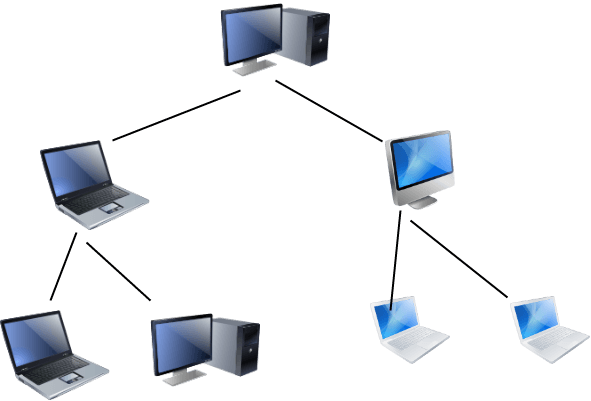 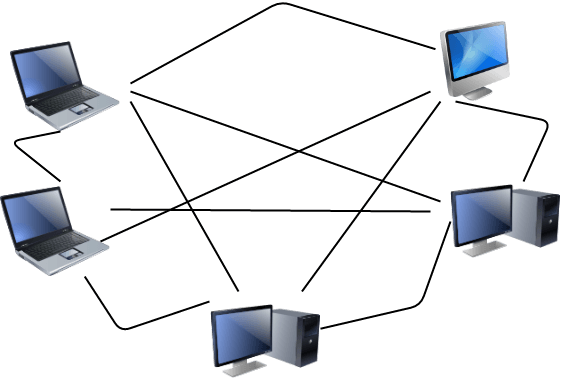 The cellular topology is applicable only in case of wireless media.

In cellular topology it does not require cable connection.

Transmitting point of singnal is called as cell which form a network area.Here data is tranmitted in CDPD(cellular digital packet data) format.