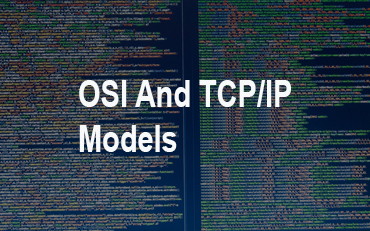 OSI stands for Open Systems Interconnection. It is developed by ISO which is stand for International Organization of Standardization. OSI is a 7 layer architecture. 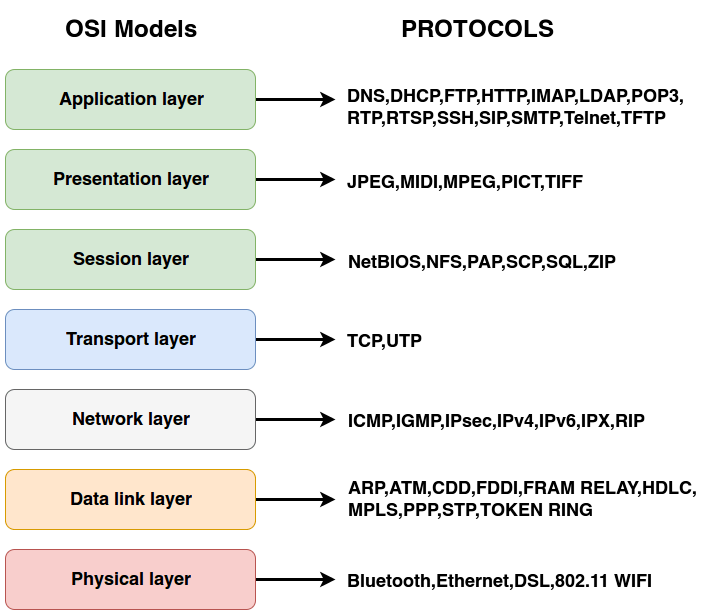 The Application Layer is the seventh layer in OSI network model.Real traffic data will be often generated from the Application Layer.It is responsible for providing networking service to the user, and also known as desktop layer. Port Number used to Identification of service . Port are entry and exit point of layer.

The functions of the Application layer are :

Presentation layer is used to convert the data into standard format and transfer the data in the format that will be accept by application layer.

The functions of the presentation layer are :

Translation : For example, ASCII to EBCDIC.
Encryption/ Decryption : Data encryption translates the data into another form or code.

Compression : It compress the data which need to transmitted over the network

Transport layer  actual transmission of the data is done here it is also  known as the layer of end-to-end delivery of the data.
It is also called as  the Heart of OSI model. The data in this layer is in segment format.

Data in the Transport Layer is called as Segments.
Transport layer is operated by the Operating System. It is a part of the OS .

Segmentation : The process of dividing the data into smaller part is called segmentation. Every small part are unit known as one segment.

Network layer  is responsible for providing best part for data to reach next destination. Logical address work on this layer.
Its is essential for providing source to destination delivery of packet.
It is divided into two part
1) Routed protocol : IP,Ipx and Appletalk
2) Routing protocol : RIP,IGRP, EIGRP,OSPF

The functions of the Network layer are :

Data link layer  is used to  handle the data transfer between network layer and physical layer. The data in this layer is in form of frame.

The functions of the data Link layer are :

Framing : Framing is a function of the data link layer.
Physical addressing : It adds physical addresses (MAC address) of sender and/or receiver in the header of each frame.
Error control : It control the error by re transmitting damage or lost frame when detects.
Flow Control :  It control the flow that is the amount of data to be sent.

Physical layer is used to establish and terminate physical connection to a communication medium. It also define the electrical, mechanical specification likes cable connection and signalling option of medium and also responsible for procedure check.
Data in this layer is in the form of electrical pules if it is coaxial cable and twisted pair cable, and if the cable is fibre optic the data will be in the form of light
Devices : Hub, Repeater, Cable modem etc.

The functions of the physical layer are :


The TCP/IP model is a short version of the OSI reference model.Following are the different layer of TCP/IP 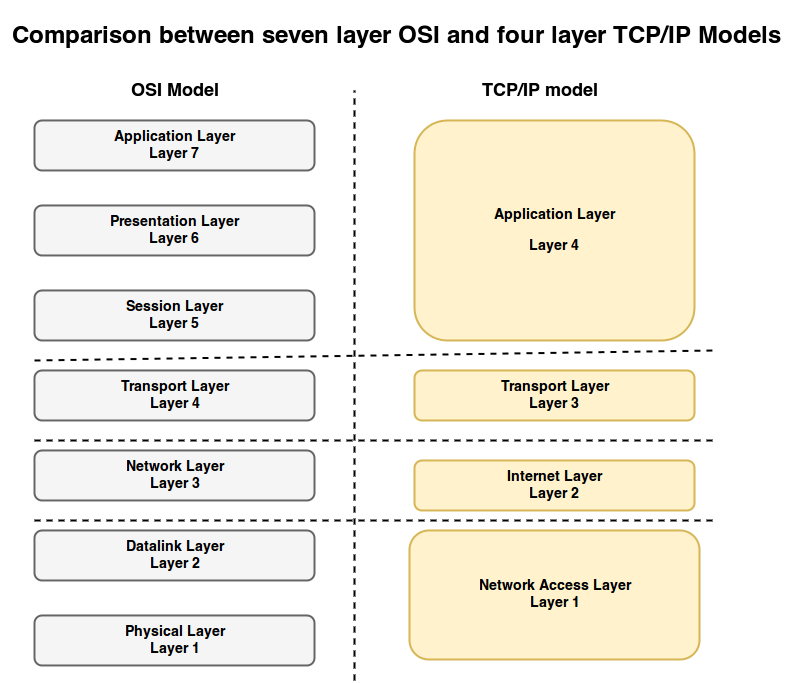 operated independently.
It is scalable.
It supports a number of routing protocols.

In this, the transport layer does not guarantee delivery of packets.
The model cannot be used in any other application.