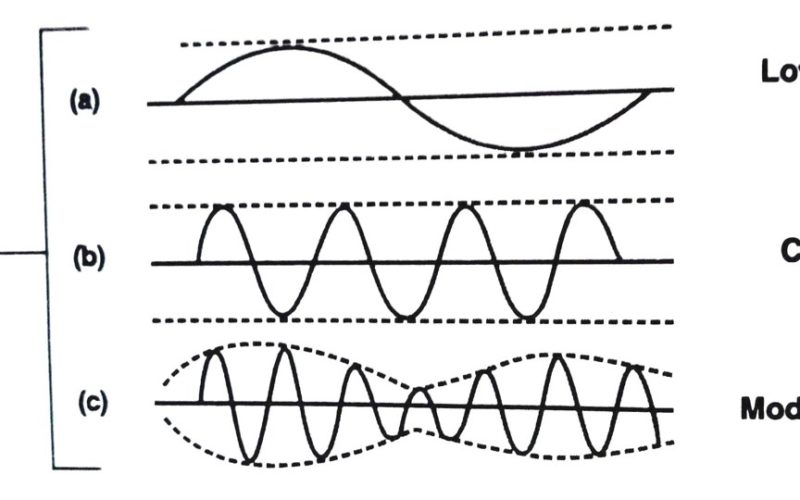 low frequency signal and thus it is categorized like this:

In Communication the process of retrieving the data (low frequency signal) from a modulated carrier signal i.e. reverse of the Modulation.

The capacity of a digital channel is the number of digit (bit) values it can carry in one second. It is measured in bits per second (bps) and called bit rate of channel. The range of bit rate may be from Kbps (kilobit per seconds) to Mbps (megabits per second) The actual bit rate throughout of the channel, called the data rate.

Baud rate refers to the oscillations of a sound wave on which a single bit of data is carried. Bits per second (bps) is the amount of data transferred in a second. By employing special techniques that manipulate. A modern can encode data and achieve higher rate of data transfer. A modem that is modulating its sound waves at 14400 baud may actually be transmitting 38,400 bits per second.

Sound coming out from an instrument is an analog data communication. Analog data is continuous over an interval. A representation of analog signal is shown in Figure below:

Example of analog data is video.

Digital data is discrete. They have to be represented by a sequence of bits for communication. A sample is shown below.

Examples are text and integers.

A Sample of Digital Pulses of Text

One drawback of analog communication is that it is very sensitive to disturbances. Digital data communication has no such problem.