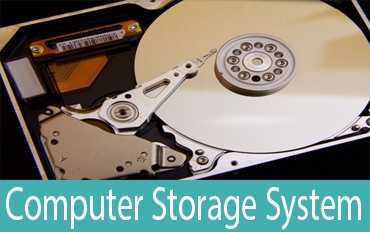 In this method we can directly read 9th record without going through all previous record. Magnetic disks and drums are examples of direct-access storage media. Data can be obtained quickly from anywhere on the media.

Data can be selected from anywhere in storage without having to scan any preceding items. Random-access storage media refers to magnetic core, semiconductor etc.

Hard disk is also called as “disk drive,” “hard drive,” or “hard disk drive (HDD)” that stores and provides relatively quick access to large amounts of data. Hard drives are magnetic storage devices that contain several discs inside called “Platters” that are attached to a spindle motor. The number of platters varies depending on the capacity of the drive.Now a day computers typically come with a hard disk that contains several billion bytes (gigabytes or terabytes) of storage.

The basic hard disk drive consists of spinning disks with heads that move over the disks and store data in tracks and sectors. The heads are used to read and write data in concentric rings called tracks, which are divided into segments called sectors, which typically store 512 bytes.During reading or writing to disk, the motor of disk drive moves the disk at high speed(60–150 times/sec.)

This is a measure of the average time that it takes the drives R/W heads to access data on the drive.

This is the amount of time it takes for the drives head to move between cylinders and land on a particular track.

The megabytes per second(MBps) in which data is transferred between the drive and the system.

The sum of seek time, latency time and time for data transfer is the access time of
the disk. 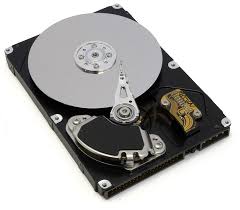 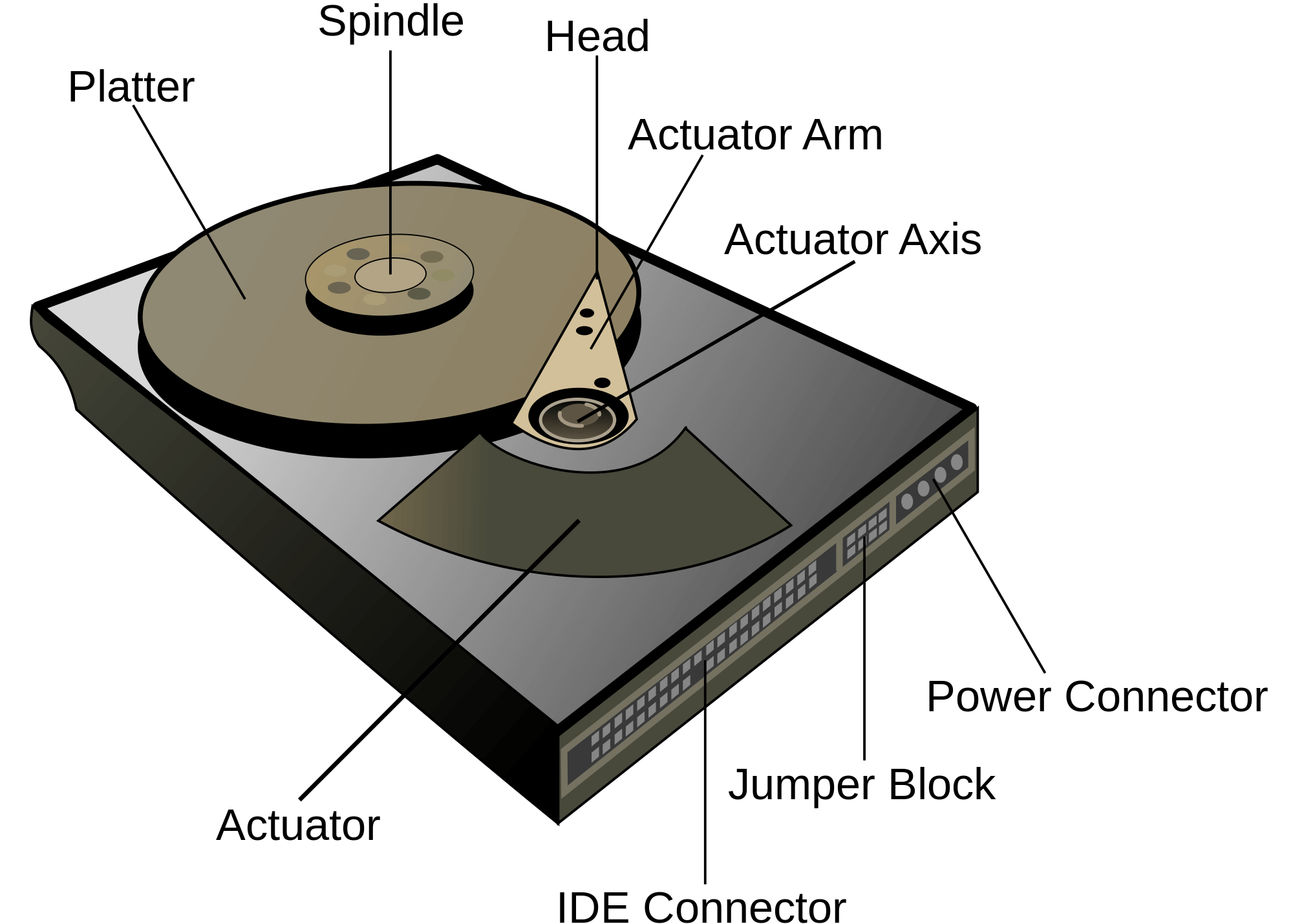 Solid state storage devices is an example of permanent storage device. It does not have moving mechanical components and it is very light weight. SSDs have very quick access time and lower latency also it is costly compare to hard disk of same volume. 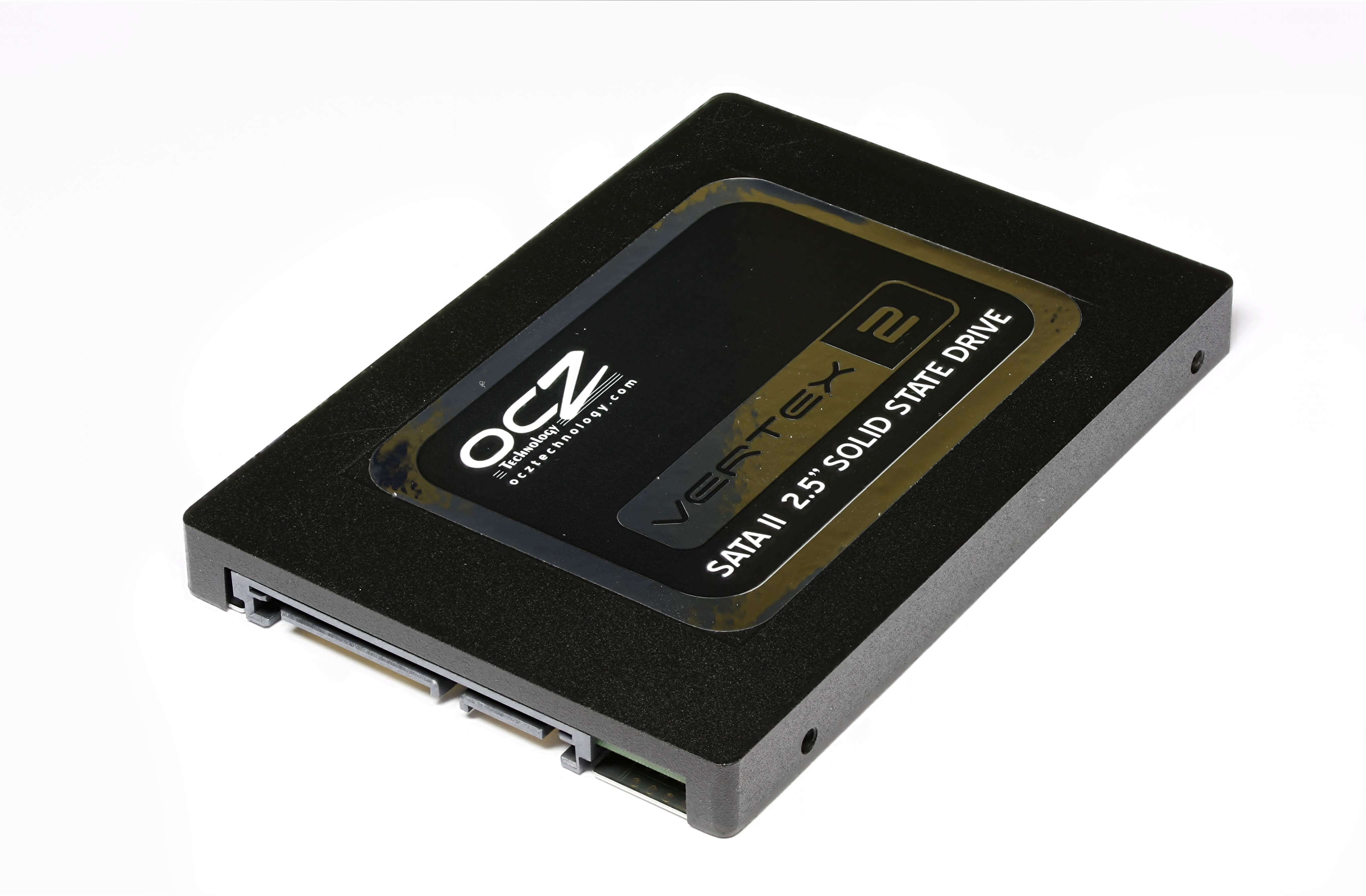 It is permanent storage device that is it store data permanently and its data is read by a laser.

Mainly there are three types

A compact disc is a storage unit which can store audio, video and other data in digital form , we can play the video or audio from CD stored data.

A standard compact disc measures 4.7 inches, and has a capacity of 80 minutes of audio, or 650 megabytes (MB) to 700 MB of data.CD used lasers lights for reading and writing data. 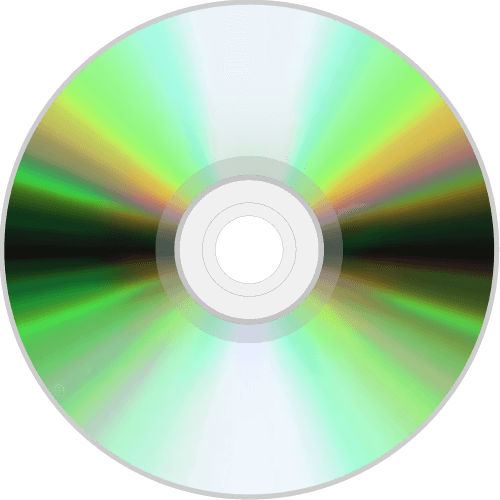 Recordable Optical Disk
In addition to the read only CDs and DVDs, recordable optical disks  are also
available. Users can record music, video, audio and data on it.

The recordable optical disks are

Compact Disk-Recordable (CD-R) is a Write Once-Read Many (WORM) disk. A CD-R
disk allows the user to write data permanently on to the disk. Once the data is written, it
cannot be erased. CD-R disk uses a laser that burns pits into the disk surface. It looks like
a CD disk externally. To write to a CD-R disk, a device named CD-Writer or CD–burner
is required. A CD-R disk can store 700 MB of data that can run for 80 minutes. CD-R is
used to create music CDs in home computers, back up data from other storage devices,
archives of large data, etc.

Compact Disk-ReWritable (CD-RW) allows data to be written, erased and re-written on.
The capacity of CD-RW is same as a CD. They generally do not play on all CD-ROM
drives.

Digital Video Disk-Recordable (DVD-R) allows recording of data on a DVD. A DVD
writer device is required to write the data to DVD. The data once written on a DVD
cannot be erased or changed.

DVD can store upto 4.7 gigabyte storage capacity on a single-sided, one-layered disk, has a capacity of a 133-minute movie. It can be single- or double-sided, and can have two layers on each side; a double-sided, two-layered DVD will hold up to 17 gigabytes of video, audio, or other information.

It improves on CD technology.
It is a high-density medium with increased track and bit density.
DVD-ROM uses both sides of the disk and special data compression technologies.
The tracks for storing data are extremely small.
A full-length movie can be stored on a single disk. 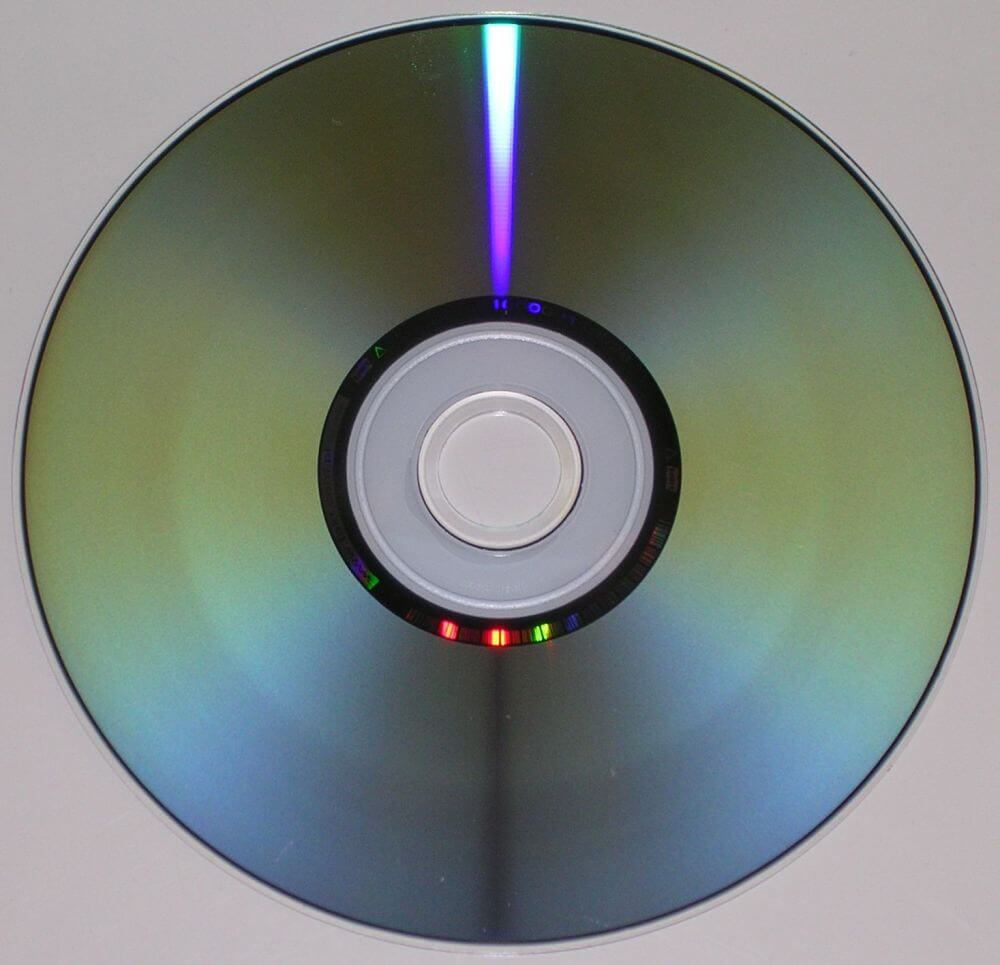 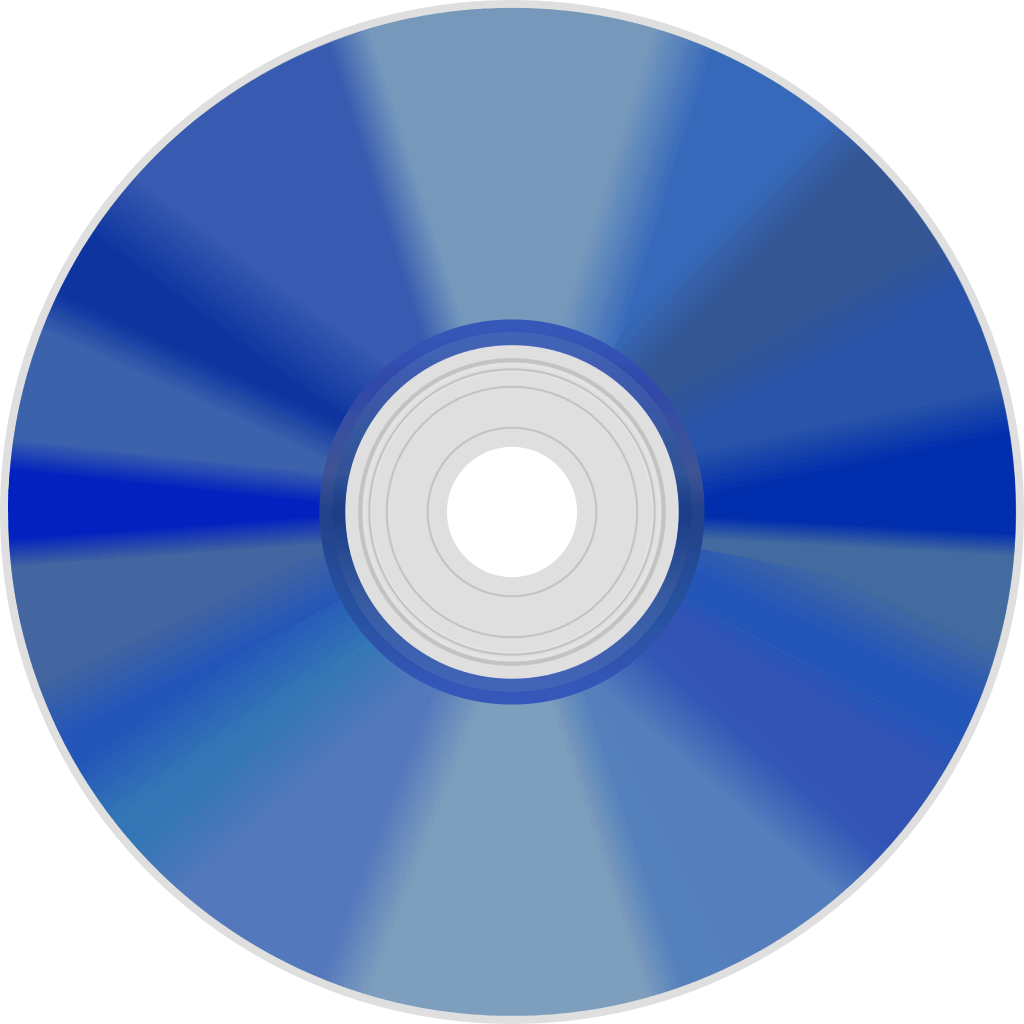 Flash memory cards were used as a storage media for digital cameras and mobile computers. It consist of a small plastic package with a contact array that slots into a camera or other mobile computing device, or an appropriate memory card reader. It used to connected via a USB port as an external hardware unit.Its capacity varies from 8MB to 64GB.
There are also six major card formats, each with its own type of card slot. The most common format is the secure digital or SD card. Next are compact flash (CF) cards, the multi-media card (MMC) and the xD picture card (XD card).

Floppy disk (FD) is a flat, round, single disk made of Mylar plastic and enclosed in
square plastic jacket

Most modern personal computers do not have floppy drives anymore. The small, 3 1/2″ disks they read only hold 1.44 MB of data so they have become somewhat obsolete when compared to the data storing capabilities of USB flash drives (up to 256 GB) and CD drives (700 MB).
Floppies are non-volatile storage. The data remains when the computer power is turned off. They can be read or written to over and over again.

Floppy disk has a write-protect slide tab that prevents a user from writing to it.
A floppy disk may be single-sided or double-sided disk, i.e., data can be read and written
on one and both sides of floppy disk, respectively.

Storing data online and in cloud storage is becoming popular as people need to access their data from more than one device.

NAS stand for Network Access Server or Network-Attached Storage.It is a storage device that is connected to a network and provides a network with additional storage. A NAS does not have any processing power, that is, it cannot be used to execute or run any network programs.

NAS can be accessible from standard Ethernet connection. NAS is managed with a browser-based utility as it does not have keyboard or display for configuration. 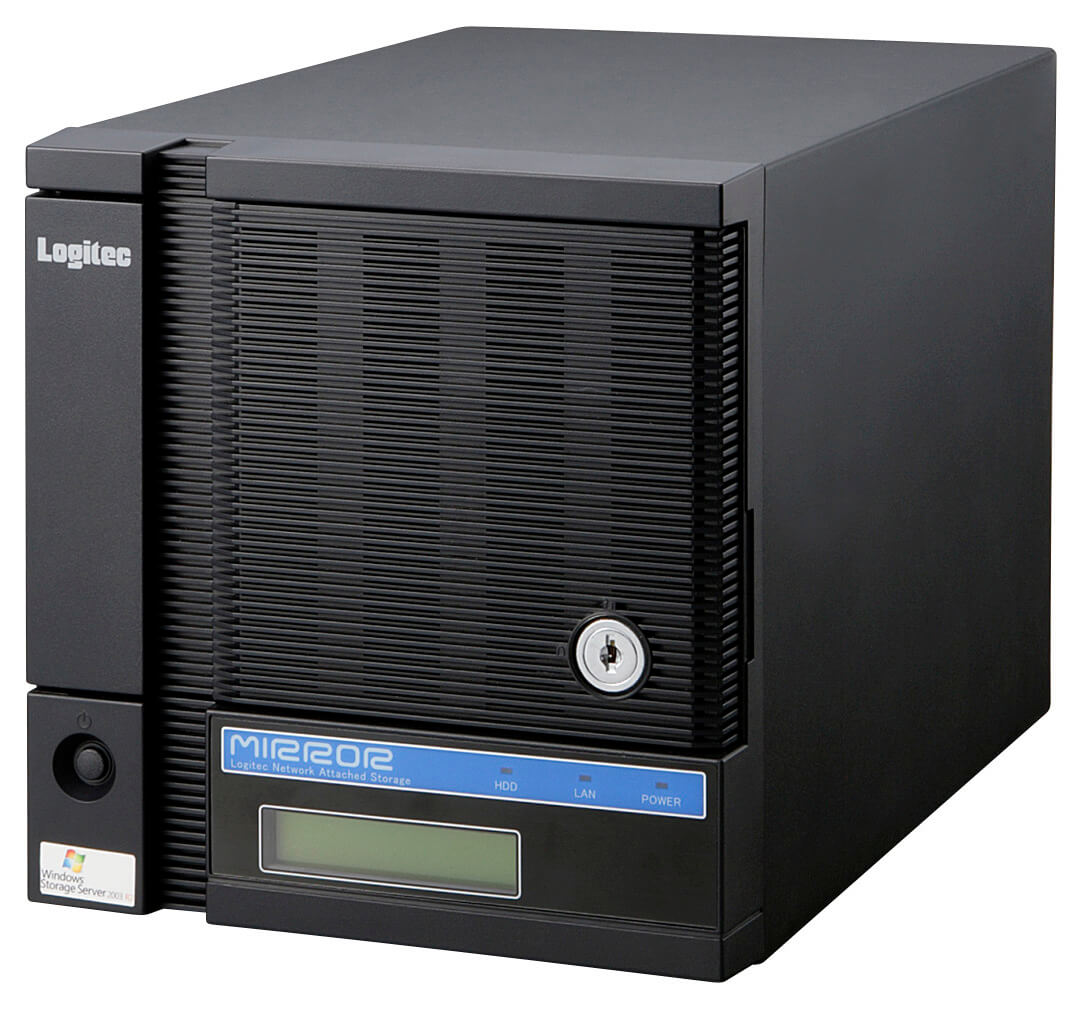